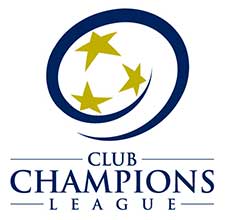 The LMVSC 2010 Girls White team plays in the Club Champions League (CCL). Coach Kenza Alaoui, a native of Alexandria, Virginia holds a USSF “D” License. She was a candidate in the first ever all female USSF coaching course in 2018.  She assisted the LMVSC U11 Boys Developmental Academy from 2010-2014 and coached the Smith College Futsal Club from 2017-2018.  She played locally for LMVSC, Bethesda Soccer Club, and Washington Freedom Super-Y.  Virginia State Cup Winner and USYS National Finalist.  Played at Bishop Ireton High School and was a WCAC Finalist in 2012.  She also played four years of NCAA Division III soccer at Smith College.  Coach Kenza recently graduated from Smith College in 2018 with a Bachelor’s degree in Biological Sciences.  Now she is pursuing her Master’s Degree in Physiology and Biophysics at Georgetown University.