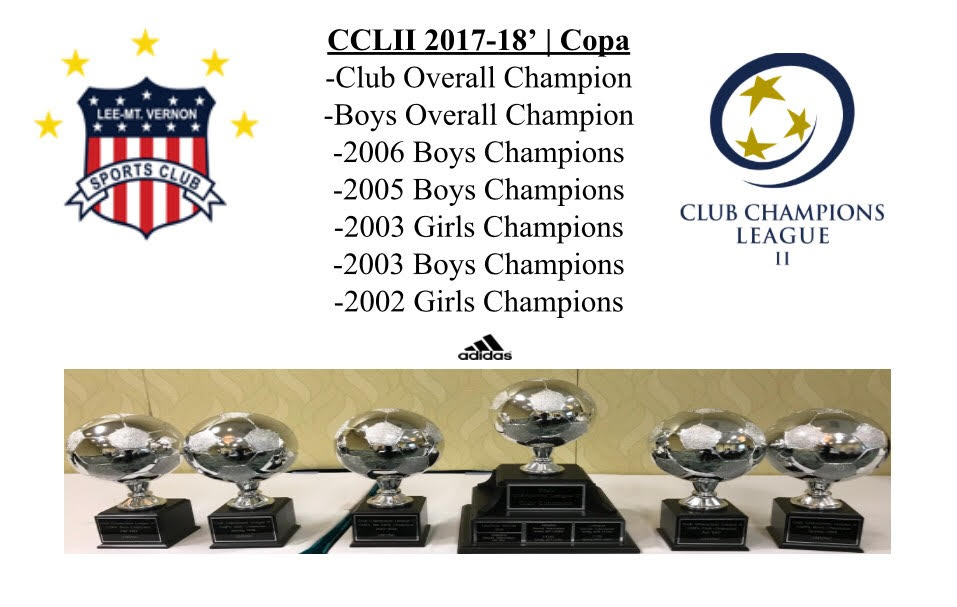 LMVSC is crowned once again the Club Overall Champions of CCLII (Copa) for 2017-18.  LMVSC takes pride in developing all of our teams in the club to our best of our abilities and we couldn’t be more excited to get this accomplishment once again. Congratulations to all of our Patriot White teams,  players, and coaches  to be able repeat this accomplishment in such a competitive league. The Club also won the Boys Overall Championship for the second time as well.

Please join us to congratulate  the entire Patriots White teams that helped win this award (most cumulative points from all age groups in CCLII).