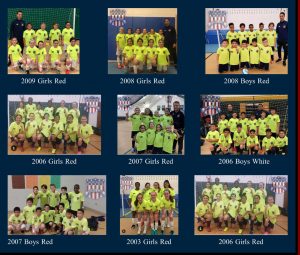 During the Winter Futsal Season, many LMVSC travel teams continued to develop their game through competition in local futsal leagues.  The following teams thrived during the winter season and have been recognized by the respective leagues, First Touch Futsal & Metro Futsal League: